Daisy stood on a muddy path in the dark of a moonless night before a creepy wood. Luckily she was wearing a smart dress as otherwise she might have felt scared and defenceless. With her were her two partners in evil fighting - Roland Banks who they had dragged out of the mental asylum an hour before. He was giggling whilst playing Russian Roulette with his gun. She hoped it wasn't loaded but who knew? Also there was a sulky Skids. He appeared to be less than pleased with his promotion from bum to 'person that we need to reply on as Roland keeps losing it' but come the hour come the ex-con.

Further back could be heard their gaggle of reinforcements. Daisy had asked for help from Chrisopher her infatuated friend, the red haired whore bitch - Or Lita as she preferred to be called a large guard dog purchased, or stolen, by Skids and his friend a dodgy criminal Daisy had no intention of recognising.

They strode unconfidently into the woods and soon decided to do the 'Scooby Doo' and split up. Daisy and Christopher wandered up some paths until she noted a cultist face mask on the floor. Hurrying to investigate she failed to notice Christopher stammering 'gggggggggggoooaat' which seemed a strange thing to say until she looked up and say a humanoid goat thing carrying a very sharp knife next to her. She reacted instantly and dived into her encyclopaedia. The damned creature stabbed her. Furious now she endeavoured to hit it repeatedly with a book. Bar some head bruising this did not seem successful and by now she was covered with blood and what was worse it was hers. Just about to collapse she had the presence of mind to trip the wailing (and useless) Christopher into the path of some hands before Skids ran in and distracted the beast long enough to leave.

"Thanks", she gasped as she applied a bandage," that was"

Skids cursed but now was not the time to faff about. Roland seemed on the edge of madness and he was facing two more of the goatmen and what looked like their bigger uglier cousin. His arrival helped and Roland quickly dispatched the two littler goats with the sterling help of Lita. Between the two of them they finished off the bigger creature before collapsing exhausted. 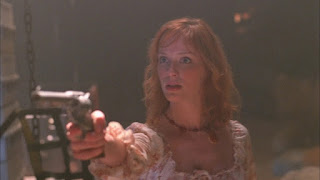 Things were not going particularly swimmingly. Daisy was out for the count and needed a hospital. Roland and Lita were both almost gone and they had hardly any information to discover the location of the cultists ceremony. That rapidly became irrelevant as it appeared instantly obvious that they were too late and the biggest nastiest thing Skids had ever seen appeared in a close glade. 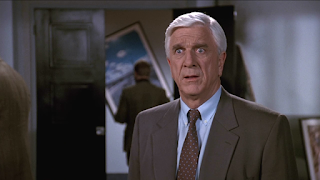 "Oh so that’s what we were supposed to stop", said Roland before whispering to Skids, "tell you what why not push Lita that way, we can get away whilst its distracted eating her"

Beyond the shocking change of heart Skids could not help hearing the dissonant voice of Daisy in his head and he was not sure he could face the nagging if he didn’t at least have ago.  So instead of giving Roland the chance he charged in to the fight. It proved difficult. Very quickly his guard dog and best friend were dead and Roland and Lita on their last legs when they did it. They beat the horrid nasty back to whatever dimension it crawled out from. The victory was perhaps short lived as the stress of it all pushed Roland, Skids and Lita over the edge of madness. This mattered less to Skids and Lita as they also collapsed unconscious with the trauma of it all.

Two weeks later. Daisy winced as she adjusted her bandages. She was on her way to visit her colleagues. All three were locked up in the asylum and she did not think they would be getting out soon. Still Lita was much easier to feel superior too when wearing a strait jacket and Skids was kept forcibly clean so she could breathe easy in his presence. The terror in the town had gone. Along with Roland's house. But she had done her bit and she was sure that if they had half a brain they would have all recognised how it was her sterling work that had helped them to victory. An odd visit once a year was worth it for that. 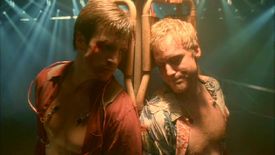 The boys were kept subdued for their own safety and the safety of other inmates at the happy homes arkham asylum.