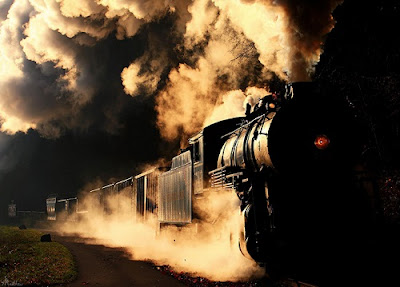 So it will be at the end of the age; the angels will come forth and take out the wicked from among the righteous

I shall indeed be an angel taking out the wicked and not in the disgusting dating sense! We are due to take a train to a fallen town called 'Dunwich'. I find it troubling that its nomenclature resembles 'Done Witch'. No doubt a subtle reminder that these people are wicked and their town a curse amongst the righteous? Then again perhaps they are righteous and only need the wicked removing? Without guidance I will have to rely on knife and wits.

Out of the early scenarios I had enjoyed the starter campaign and been impressed by the diversity in the initial Dunwich Scenarios but this scenario was the first to really blow me away.. It introduces a sense of dread and real time pressure alongside a linear target that you have to fight to meet. This will be my 3rd playing.. The first time I played was part of a three person group (one of the people was brand new to the game) unfortunately that person decided to spend all their actions gearing up and due to a particularly unfortunate encounter draw first turn was still in the first carriage when it was ripped into the rift. I was Rex that time and was defeated (physical trauma I think) by around two carriages before the engine car. My son was playing Pete and actually managed to get to the end and start the train -  so that was Resolution 1 but not 3.

Second time of playing I was with a different team and this went appallingly badly. I have little memory of the horror that ensued except that we were overwhelmed in one of the middle cars so went Resolution 1 then 3 (thus arriving in Arkham 'late').

I therefore had a lot of dread going into this then even with the elite team.

Another glorious setup shot. Note the sexy new investigator holders though I am still lacking a play mat

A lot of the problems (and skill in scenario design) is that there are a lot of ways to chip away at your  horror and forces you to go 'fast' and not neccessarily 'safe'. Early on we managed to get through the first two carriages with me 'only' on two horror. Then the scenario started bending its structure to apply pressure. We were two away from the agenda flipping and I drew my weakness and it suddenly occurred to me that should that weakness be the Wizard of the Order then he would spawn in the Engine Car and thus turn into a doom gathering machine as there was no way to get to him quickly. Considering a lot of people fail without having a guarenteed double doom each turn that was a bit of a gulptastic moment. Fortunately it was 'only' an emergent monstrosity. Moving onto the encounter deck Rex drew a passenger in the last carriage (the one which would be ripped away if the agenda flipped) which surged into a Wizard of the Order in the next carriage (which meant the agenda would now flip if he remained alive).  I then drew another passenger which surged into a test I passed. Finally Yorick drew a frozen in fear.

So to summarise, with the board situation only, if we left the passengers and did not kill the Wizard then we would all take two mental trauma, putting me on five with probably more to come. If we killed the Wizard but did not rescue the passengers then another Wizard (are there two in the deck? ) Or a more likely Ancient Evils would have the same effect. Since there were two passengers if we sent one person to get the passengers then they would spend one action moving back (thankfully in a carriage that did not demand cards to enter) two actions to parley so would then have no actions to return thus being at risk should the Wizard not die or a bad encounter card be drawn.

"this will require careful timing'

To be honest in a vanilla game we would take that last option. As long as we were not in the last cart the Wizard could hang around another turn even though it speeds up the agenda. As it stands this group is awesome so we used what has not been mentioned to cut this gordian knot.

I used pathfinder for a free move backwards allowing me to grab both passengers and return then Rex moved into the next car and dealt with the Wizard (Rex the mighty warrior). Now you may ask why I exhaustively ran through the options when I had the solution in hand and this is certainly a valid query but without that card we would have been pushed into a nasty place and perhaps defeated due to time pressure so the situation demanded study! Plus I think its great that the game has the capability to force you into these sort of play offs. 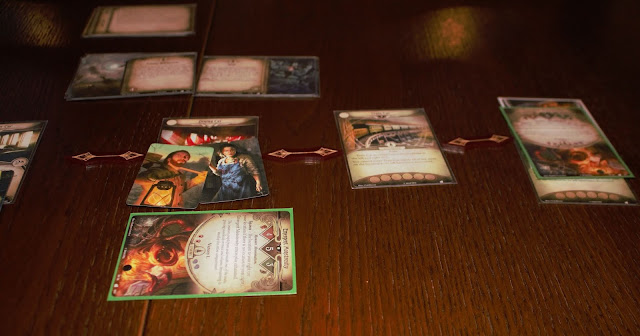 Loads's Emergent Monstrosities. The one at the location with us survives another turn with the Zoey weakness one hazily visible to the right in the engine car

The next sticky moment was another Emergent Monstrosity who spawned in (what became) the dining car. Zoe moved in and thus was promptly engaged by a grappling horror which was speedily dispatched with my 'reliable' machete (thank heavans the Emergant starts exhausted as otherwise my machete would not have worked). Yorick was meanwhile having fun killing some graveyard ghouls (they must have got 'on' the train to follow him. How did they buy tickets?) so Rex made a valiant attempt to kill the Emergent Monstrosity but after moving in suddenly realised he had no clues so could not play his masterful trap card and do huge amounts of damage (actually I reminded him after he moved in that the agenda had flipped so all his clues should be discarded causing a 'bugger' moment) instead he did two damage. We happily finished it off in the next turn.

Things started speeding up though as we rapidly moved to the 'two a time' carriage destruction and had to grab another passenger from certain doom. Then we came to the engine car. Yorick went in first and managed to avoid permeant trauma climbing over the coal scuttle and then engaged the Emergent Monstrosity who was waiting for him. This went badly as another Grappling Horror turned up and prevented him getting an extra damage with his machete. End result 0 damage on the Emergent with the Horror killed due mainly to a beat cop valiantly sacrificing himself. 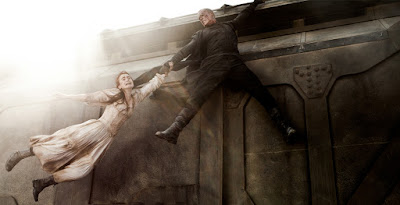 Yorick provides the springboard for Zoey's soon to be massive attack against an Emergent Monstrosity. I don't remember Zoey stripping to her underclothes or Yorick shaving so let's say 'alternate universe'


Zoe then attached Professor Warren Rice and moved in before grabbing two clues with 'Working a Hunch' then taunting the Emergent Monstrosity onto her. Only one action left and that did two damage. I was slightly concerned at this point as I had three horror and would take another two (allowing I did not kill Rice) meaning I was one off defeat. A bad encounter card (killing a passenger or failing a test slightly) would be very bad news. As it stood Rex had it in hand and he ran in, grabbed a clue which allowed him to use 'Logical Reasoning' clearing two horror. I could then soak the damage on Rice and soak the horror on me with three in hand which should be plenty. The next turn I handily stomped on the monstrosity before Rex cleared the clues and we had won. Resolution two at last. 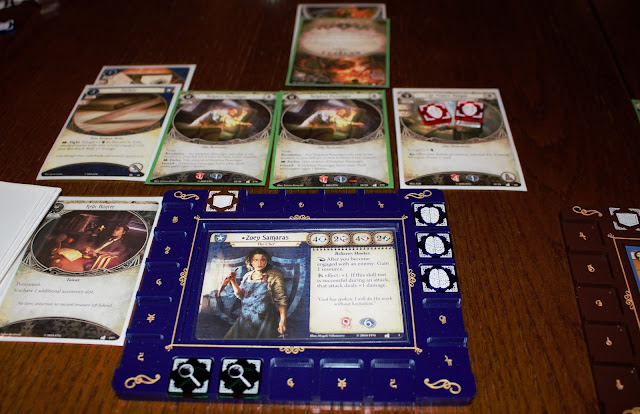 Here is Zoey 'heavily' tooled and dragging several scared passengers with her as she starts to fight the hideous Emergent Monstrosity that God has told her must (and does) die. Note the Relic Hunter which did absolutely nothing this scenario.

Well the team keeps coming through. Another five experience gathered meaning we are (hopefully) going to be even more deadly in the next scenario.  Even though I am familiar with this one I still was able to feel that sense of time pressure and urgency and the game hung together beautifully. With my xp I have decided to simply improve my existing card pool and taken the XP version of taunt. I had considered visous blow and charisma but considering the amount of scenarios remaining I need to focus on effectiveness and taunt allows me to draw more cards hopefully getting closer to the key ones I need. If we manage four xp plus next scenario then the improved vicious blow is definitely on the list.

If the Wizard has been drawn as Zoe's weakeness then he would have won this hands down by being the main reason for failure. As it stands the Emergent Monstrosity wins.. Both of them… 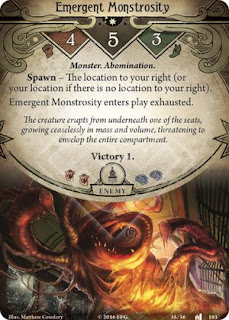 This is awarded to the entire team for the last turn was synchronised beautifully to defeat the beastie, clear the clues and win the day! If the award goes to a card I give it to Logical Reasoning if only because it was a useful defensive play avoiding the Hail Mary approach to play! 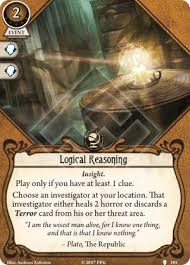