A new campaign awaits and three brave investigators have joined forces to assist against evil and peril (again) in Arkham. Prior to campaign there is the usual, fun, decisions to be made about decks and how the party will be constituted. For me the vanilla party structure is one tank, one clue gatherer and one 'other' who can be anything. Since our group is till fairly new this is what we will be sticking to. I am getting to be the tank and have selected my personal favourite Guardian - Zoe 'has knives will kill' Samaras. Unlike Roland Zoe is decidedly less helpful at gathering clues so I have gone for a more aggressive fight setup with minimal clue garnish. To honour her back story I wont (initially) be packing any firearms and will instead enter the arena garnished with a fearsome array of knives.

So here is my starting build

All single handed and the 'ideal' set up is either the Machete plus trench knife or the Survival Knife plus trench knife. Though don’t get me wrong as I would be happy with the Machete and Survival knife as well. The trench knife complements the machete nicely as one can be used efficiently for single opponents and the other helps provide stronger attacks versus multiple opponent. The Survival Knife is new with Forgotten Age and has the lovely free action to launch an immediate +2 strength attack at +1 damage when Zoe receives damage in the enemy phase. Free actions are great.

Just the four staples with 2 * beat cop and 2 * guard dogs. Both help do damage and provide a small amount of health/sanity protection.

2 * First Aid, this build is predicated on taking damage so some method of helping out when 'in extremis' is required.

Not many here with just the ever dependable 2 * Vicious Blow

The mass of the deck sits here.

2* Dodge - Killing an enemy is good but evading a 6 damage attack can be priceless. Can also be used to 'save' someone else in the team
2*Evidence - One of only 4 clue gathering cards
2 * Heroic Rescue - Covers both a team assist role, could enable the Cross and allows me to assign a damage. Fits the deck theme nicely
1 * Hypnotic Gaze - Another dodge that has the possibility of doing damage
2 * On the Hunt - I like this as it thins the encounter deck of enemies and allows Zoey to engage someone she wants to kill rather than waiting.
1* Prepared for the Worst - Another way to get a key weapon. With essentially 7 ways of getting/using a weapon in 30 cards I should be set here especially with an aggressive mulligan
2*Shortcut - Either a magnificent escape card or a 'move faster' card. Pity it’s a one shot .
2* Working a hunch - The other clue gatherer
2*Taunt - I was umming and aaaing about using Emergency Cache but Zoey is rarely short of resources and this allows a potential free action , turns on the resource increase inherent in Zoe and allows her to tank.

The weakness I drew was Internal Injury. Probably from a freak onion peeling accident.

So there is the deck. Whether it works or not is an entirely different matter. 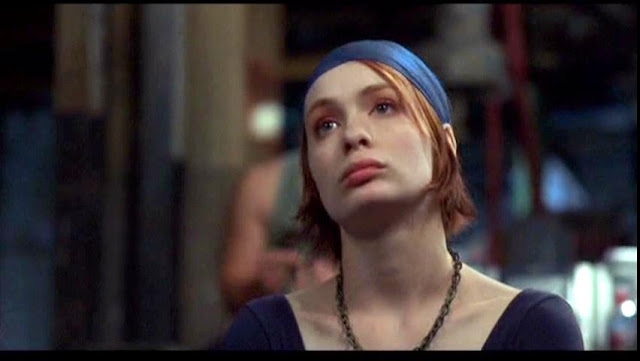 Zoey suddenly realised visiting Dr.Armitage would probably involve lots of killing. Plus she had to cook a lasagne for eight people at the restaurant the day after. - #RealWorldProblems

At this point I am not sure what my partners in 'heroic endeavours' will be but it is likely to be a Survivor (William Yorick) and a Seeker (who knows).

After extensive discussions with the nervous Doctor Armitage we have decided to go and find Dr Francis Morgan in the 'gambling den'. That sounds an ideal location for a psychotic Chef with a dagger fixation, a grave digger and a random bookish sort Dr Armitage. Wishes he could have some time off

Anyway that will do for this little deck preview. Next post will be the horrific entry into the world of the Dunwich Horror. Thanks for reading..
Posted by Matrim at 14:51