The Dunwich Legacy - Lost in Time and Space

Just scribbling a note as I find myself in hell! Literally with spawn of satan all over the place like a field of cows. Except the cows are purest evil and will kill you on sight.

Luckily I remembered to pack my super sharp knife set that will allow me to get up close and personal in a way that Satan himself will hear of. I do wonder how my diary will get back should a minion of evil get a lucky strike in.

I must be a Holy Angel. I don't think I am the Lamb. That is probably Rex

So finally the epic last campaign scenario. The group is as elite and well prepared as can be (considering how smoothly the campaign has actually gone) so if anyone can succeed we should be able to.  My last experience purchase this campaign was restricted as I like most of what the deck does so finally gained Zoey some Charisma ( guard dog and another would be a lovel combo) along with moving up the other Vicious Blow to the experienced level.

Onto the scenario it is difficult to write up a decent report on this scenario because the structure changes all the time. It is another of, what I would call, the 'deck threat' decks with minimal nasties to fight. So success or failure is heavily predicated on clue finding ability and luck in getting the locations you need in play early enough to allow access to where you need to go.

I was unfortunately useless all scenario. Whenever I bought a knife out (my first was a 'reliable' machete) an encounter card would make me discard it. This happened twice and for the first time this campaign Zoey went through the entire scenario without a proper weapon. Fortunately this was not a major disadvantage as Rex was quietly confident throwing acid at things (taking out both a conglomeration of sphere and an Interstellar traveller) and Yorick had his own reliable machete out.  When combined with Rex hoovering up clues at a rapid rate of knots we quite quickly progressed to the 3rd act keeping careful watch on doom carrying locations so we could discard them before they got dangerous. 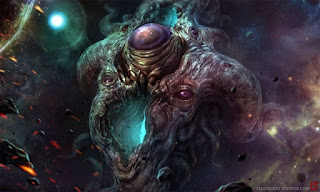 Weird space, not the best place for a day trip

If anything the hardest part was getting out. The big nasty was starting to drift towards us (nicely hinted at in the agenda text) and both Rex and Yorick could leave easily. The problem was Dear old Zoey. I had my own plan which involved Yorick hitting another Interstellar Traveller for 3 allowing me to taunt it off him then kill him with my lately attached cross then playing the Guardian evidence card to gain a clue followed by scuttling to a 1 shroud location for a couple of attempts at a clue but Rex was confident he could help Zoey over the 2 shroud of the exit location so I moved there instead. I was pumped by 3 the first try, 2 the second and 2 the third and managed to get one clue. Rex still had multiple tricks up his sleeve and managed to play the search card allowing me to get Working a hunch (fast) which gained the last clue. A stressful last encounter phase was all that stood  between us and victory and all we really wanted to avoid was a card which generated a location and moved us there. Thankfully that did not occur and we had (again) saved the earth from the perils of otherworldly evil. To almost quote Rocket from Guardians,

We're really gonna be able to jack up our price if we're two-time earth savers."

Player of the Campaign - Difficult choice but its between Rex and Yorick and Rex gets it mainly because his clue gathering potential is enormous and combined with his unexpected ability to launch topical acid attacks makes him a dual threat and that can really help when the shit hits the fan. 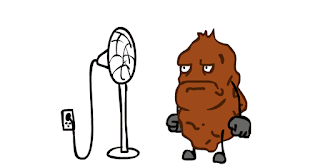 When this occurs Rex is needed!

Yorick had a few glorious scenarios where he literally saved the day but Rex was consistently useful.

Monster of the Campaign - I don’t regret not having to face the big nasty in the last scenario so that means something else will get it and for sheer innovative abilities the Hunting Horror from the Miskatonic Museum will get the nod. I love the way its growth is organic and you get the feeling of you striking it enough that it runs but then it returns stronger and angrier. 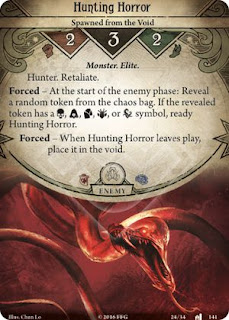 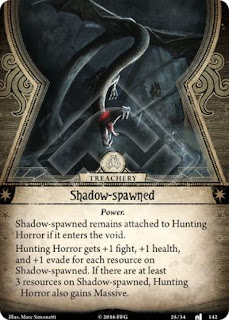 Scenario of the Campaign - This is again hard to call. Essex County is a bugger of a scenario to beat as is 'Undimensioned and Unseen' but my favourites are the starting two and the balance between them. Each being a joy to play and so thematic.

Next up: This group is moving to Carcossa. We are making things more difficult for ourselves as we are avoiding the Guardian/Seeker/other group structure that has served us well and currently look to be taking Seeker/Mystic/Rogue. I am looking forward to it. 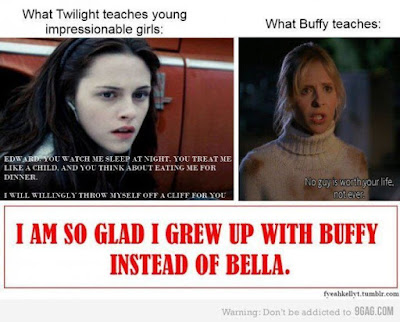 Zoey is the second. I was going to write 'number two' then I realised what 'that' would read like..